Home » Healthy living » Why and How I Became a Morning Person

Why and How I Became a Morning Person

Before you run away screaming, I am not here to regurgitate the same sentences weaved into the net of health-conscious media, waiting to catch anyone with even a slight appetite for self improvement. Countless articles promote an identical vision of what a morning looks like in the life of a successful human being: waking up at 4:00am, drinking green smoothies (sorry, but I am more of an oatmeal/toast kinda gal), meditating as the sun rises above the horizon…

If this applies to you, fantastic. But if you are someone who is more productive at night, or simply has a work schedule that renders early mornings impossible, you keep doing you. There isn’t an objectively right or wrong way to live, and if your current routine works in your favour there may be no reason to change it. However, I am here with no purpose other than to tell you my personal story, of how I turned from a night owl into an early bird (meanwhile turning negative intentions into something positive), outline the benefits I’ve derived from this change and offer some helpful tips to anyone who wishes to start waking up earlier for whatever reason.

My whole family has a propensity towards rising at what some may consider to be ungodly hours. My dad is usually up at 05:00 and mum struggles to sleep in past 06:30. At one point in my life, however – I believe between the ages of twelve and fourteen – I wholeheartedly embraced the night owl lifestyle as a means of emulating the habits of my peers. During the school term, I would sleep in as much as my schedule would allow, and during the holidays – threw tantrums over having to wake up earlier than nine in the morning. As foreign as it may seem to me now, going to sleep at 06:00 and waking up at three in the afternoon was a common occurrence in my life back in the day.

So, why did I drastically change my lifestyle and sleeping pattern? Well, it often makes people laugh that the main reason as to why I started forcing myself to wake up at the same ungodly hours as my parents was a newfound ‘love’ for makeup. At the start of year ten I used social media on a on a regular basis, I learned about contouring and highlighting, liquid eyeliner, clip-in hair extensions. At times, my ‘getting ready’ process would take a staggering two hours and a desire, shared by many at that age, to be the ‘pretty girl’ sidelined my love for staying up until ridiculous hours to watch TV series. Gradually, I woke up earlier on weekends due to my unprecedented commitment to an extensive beauty routine.

Over the last few years, the amount of makeup I wear has experienced an exponential drop (in other words, while I respect those with a ‘high maintenance’ beauty routine, ten or fifteen minutes is the upper limit for mine), but the sleeping pattern stuck around. While the reason for my I stared waking up early in the first place may not have been wholly positive, I embraced the changes it delivered to my wellbeing.

Funnily enough, people who wake up early out of choice find it hard to escape judgement.  I faced, and sometimes still do, scrutiny from my peers because sleeping in is a cultural habit (I do it myself for sure, even if my definition of ‘sleeping in’ differs from that of other people’s), but after witnessing just how much better I feel from waking up earlier I realised that I may have, after all, inherited the early bird gene. As aforementioned, some thrive of the sort of sleeping pattern I abandoned, but the benefits I’ve experienced over the years include:

So, if you are someone who wants to start waking up at 6:00am out of choice, or make waking up slightly easier, how should you go about it? Because after all, you may end up reaping many of the benefits I’ve outlined above – you can’t be sure of something until you try it!

1. Either force yourself to wake up earlier (go ‘cold turkey’) or adjust your sleeping pattern in smaller increments: I personally did the former, as I do in many things in life, because taking a slower approach often leads me to backsliding into my old behaviours. I powered through it for a few days and shortly after, the initial pain of waking up much earlier than what I was used to faded. However, this may not be the correct course of action for many people who wish to follow the ‘slow and steady wins the race’ principle. If this is you, try pushing your sleeping pattern forward by 15-30 minutes and give your body a few days to adjust before changing it again.

2. Go to sleep at a reasonable time: this, of course, goes without saying. Many struggle to wake up in the morning merely because they go to bed much later than they themselves would like. Going to sleep early is a whole topic of its own, which I will cover in a separate blog post, so be sure to stay tuned for that. However, if insomnia is the cause of your inability to fall asleep at a reasonable hour, have a look at my post on how this condition may be improved.

3. Put your alarm on the other side of your room: this will literally force you to get out of bed because no sound compares in atrocity to ‘By the Seaside’ (my beloved alarm ringtone) going off at 5 o’clock in the morning. By the time you switch it off, you will be wide awake and somewhat indifferent to the inviting comfiness of your bed.

4. Write down a list of reason for why you want to start waking up earlier. Is it to reduce the stress related to rushing around in the morning? To give yourself more time to exercise and work on your blog before leaving for school/your day job? To feel energised and productive? Setting goals and intentions just for the sake of having goals and intentions erodes their sustainability. On the other hand, producing a clear vision of how meeting them will enhance your life is often the first step to success.

5. Have a cold shower, exercise, stretch. Do anything that will get you up and moving around. Avoid the snooze button at all costs, avoid scrolling through your phone for fifteen minutes because lounging around increases the difficulty of getting out of bed, and chances are, you will fall back asleep. It is similar to entering a cold body of water: unpleasant only for the first five or ten seconds.

6. Have something to look forward to, whether that is a delicious breakfast (aka my personal favourite motivation because nothing beats a steaming bowl of oats on a chilly day), the tranquility associated with having a tranquil, long morning or the new exercise routine you’ve adopted as part of your New Year’s resolutions. Change your entire attitude towards waking up and approach it with a focus on the positives as opposed to the dread often associated with rising earlier than what you’re accustomed to.

7. Keep yourself accountable. Tracking your progress with any type of goal is key to avoiding stagnation, especially when the goal is easily quantifiable. Each day, write down not only when you go to sleep and wake up, but how you feel and the positive ways in which waking up earlier has impacted your mood and/or productivity. Over time, seeing progress will in itself become a key driving factor behind further change in your habits.

Regardless of whether you are someone who has no obligation to wake up at a particular time but wants to see whether an ‘early bird routine’ can improve your quality of life, or a natural night owl struggling with waking up for school/work/other commitments, I hope you found the insights in this post helpful. Let me know in the comments – are you a late or an early person? What techniques do you apply to facilitate waking up?

Earthofmaria.com is a participant in the Amazon Services LLC Associates Program, an affiliate advertising program designed to provide a means for sites to earn fees by linking to Amazon.com and affiliated sites.

89 Comments on “Why and How I Became a Morning Person” 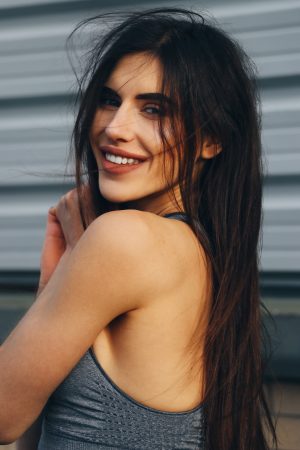 Hey there! My name is Maria, the creator behind Earth of Maria. I'm a history student at the University of Oxford, fitness lover, and enthusiast for simple, healthy and flavourful vegan recipes. 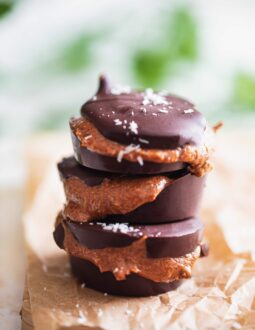 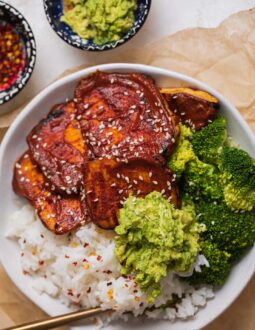 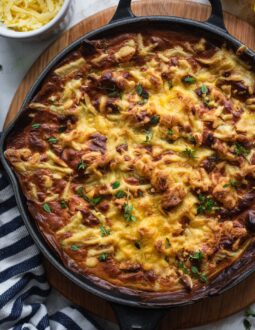 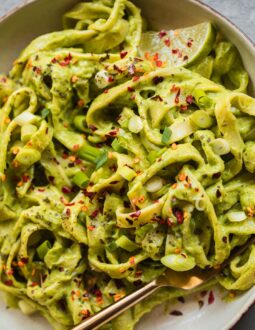 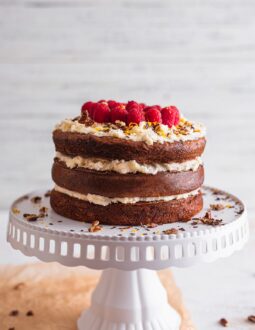 Want to learn the magic of meal prep?

Enter your email and receive a FREE guide to vegan meal prepping to save time and eat wholesome, homemade meals every day.